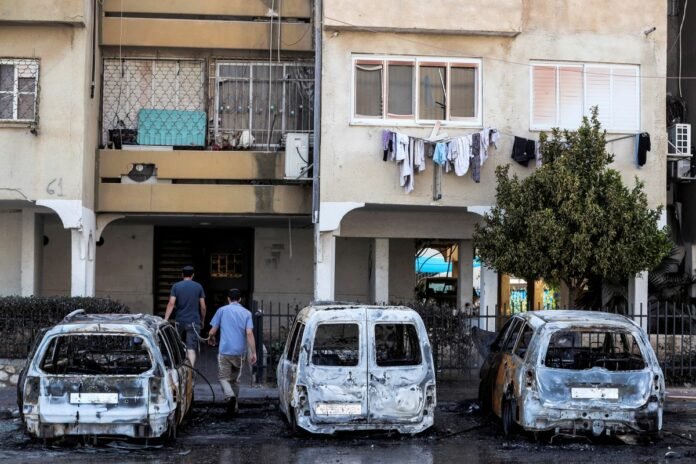 Two days after Hamas and Israel launched rockets and airstrikes, Israel’s president called a TV station to plead with his fellow Jews and the Arab minority of the country not get on each other over the conflict.

Reuven Rivlin, who is part of Prime Minister Benjamin Netanyahu’s right-wing Likud party, is proud that his learned father translated the Koran from Arabic into Hebrew.

“Stop this madness,” he said on May 12. “We are threatened by rockets fired at our citizens and streets, and we are engaged in a senseless civil war among ourselves.”

Two days after Rivlin’s call, arsonists in the port city of Acre burned down the Jewish Acco Theater Center, forging alliances between communities and Arab and Hebrew performances.

The manifestation of tension that has existed in Israeli society since the birth of the country in 1948 has raised the question of whether, even after Gaza-Israel hostilities subsided, inter-municipal suspicion could still poison relations for years.

The visiting US Secretary of State, Antony Blinken, raised the issue after meeting with Netanyahu in Jerusalem on Tuesday.

“Healing these wounds will take leadership at all levels,” he said. “There is a lot of hard work ahead to restore hope, respect and trust in communities.”

In mixed Jewish-Arab cities like Haifa, Acre, Lod and Jaffa, memories of the far-right Israelites shouting ‘Death to Arabs!’ and Arab youths dragging people out of cars can take time to fade.

For members of Israel’s Arab minority – who make up 21% of the population and are Israelis of citizenship but Palestinian heritage and culture – it did not come out of the blue.